The Caretaker by Harold Pinter at Oldham Coliseum

It’s been fifty years since this play was first performed at The Arts Theatre College in London, and seeing the play last night for the first time, at Oldham Coliseum, showed the timelessness of a good script.

The play continued to weave its delightfully connotative web, gathering tittles of nervous laughter from the audience, as the subtleties within the play made it impossible to know where we were with the actual words themselves.

The Coliseum Theatre is better known for sporting traditional panto, as an anticipated yearly fixture in the lives of Oldhamers, but they also offer challenge by embracing different forms of theatre.  Encapsulated in the spirit of Oldham town centre, this piece was a real belter, especially on a wet night in November.

The London Classic Theatre have revived The Caretaker to be at the centrepiece of their 10 year anniversary and are currently touring with it.  Two original members of the cast remain, Nicholas Gasson as Davies and Richard Stemp as the older brother Aston, and now with John Dorney as Mick.  The acting was powerfully thought provoking, and I overheard two definite traditional pantomime lovers saying, “it was better than they thought it was going to be.”

The great thing about theatre is the capacity to challenge within a live space, you can’t just flick the switch to turn it off.   So when you’ve paid for your season ticket there’s only one choice, go along, and as you have to with a Pinter play, take from it what you will and question what you want.

This is the 6th play Pinter wrote for the stage, embracing the Theatre of the Absurd where all communication breaks down, the madness of men is shown and their desperate need for something. Yet, as the characters of The Caretaker show through their conversation and silence, that need will never be satisfied not even in a pair of shoes that fit.

The play is about “about two brothers and a caretaker,” which it is and all that goes with it.

Davies is a slippery character who’s the least disturbing to me as I recognize him as more of a stock figure, although he really isn’t – it is only my mind trying to deal with the slipperiness of identity.   He slides revealing his real name is not “Bernard Jenkins”, his “assumed name”, but really “Mac Davies”

Davies makes excuse upon excuse why he can’t get his verification papers from Sidcup, this reassuringly makes him a recognizable type.  Aston is a more discreet character and I was convinced he was going to kill Davies, maybe he will.  I liked Aston, in fact I liked them all and grimaced at their shortfalls as they were splattered in deceit, both from the other characters and in the way that they convinced themselves of lies.  Aston, after being hospitalized for mental illness, whether he was or wasn’t ill, is now all about his shed, “I’ve often thought of going back and trying to find the man who did that to me. But I want to do something first. I want to build that shed out in the garden”

Mick, I understood the least, and am sure I misinterpreted, but my first impressions lingered showing a wide boy with a cracked up view of the world.

The play is a classic with so much remaining unsaid, but it is where the audience fills the gaps, the questions we ask and what we are left with.  I came away questioning, Why shouldn’t we?  Why should we?  What meaning do we make?  And can a man simply live just to build a shed?

Harold Pinter was born on 10 October 1930 in East London.  He wrote twenty-nine plays and was awarded the Nobel Prize for Literature in 2005. He died on Christmas Eve 2008. 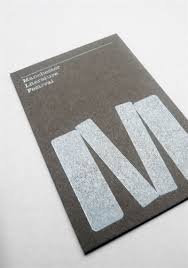 I recently volunteered for the Manchester Literature Festival, here are 2 posts.  Check out the site for other people’s reviews of the wealth of literary talent that was on display.