MLF:Eoin Colfer And Another Thing 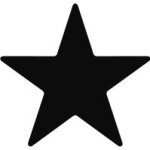 Eoin Colfer was commissioned to do this book as the sixth of The Hitchhiker’s Guide books, after he was given permission by Douglas’ wife Jane Belson.  Being such a successful author for children, with his Artemis Fowl novels and Airman, he has the potential to give the Hitchhikers to a new generation which in my opinion is great.  Adams had intended to write another more uplifting book that would make 6 books, a better number than 5.

The reading and witty anecdotes of Colfer’s self was staged at the Contact theatre, he was received by a mixed audience, with people like myself who knew nothing about his own work. We went because we were interested in how he was going to handle the task of creating a new book out of such a phenomenally successful story and how he was going to start the novel, when the fifth book ends with the total destruction of earth.

Then there were the kids who were obviously thrilled to be there to see an author they loved, and Colfer did an excellent job of appealing to all.

He is exceptionally funny, a bit too much so, and I was so impressed by his stamina to write solitary in his shed. I kept thinking of poor Douglas struggling to write and taking long cold baths with cups of tea, I can relate more to that approach.

The book seems to have been done with the utmost respect to Douglas and is a lovely homage done with the right reasons in place. Colfer said he could see that there being more books in the series written after this one but not by him, he’d like to have a different guest writer do each one.

He joked about his love for deadlines, whereas Douglas liked the wooshing sound they made as they went flying past.

The two writers seem to come from very different, albeit hilarious stock.  It was great to hear the enthusiasm Colfer has for books, but like I say the only thing was his enthusiasm and the way he handles everything seemed so good, it made me envy the man.

He told us of a group formed on Facebook that popped up on his status, a campaign to stop And another Thing and a slagging off of Colfer.  In what seems true to this little Irish bundle of joy’s spirit he joined the group and slagged himself off royally, the happy result ahh of course he redeemed himself to the cause.  This guy can do no wrong and if he does it is with spectacular wit.

His new book, due to a faux pas, will now be set under the sea